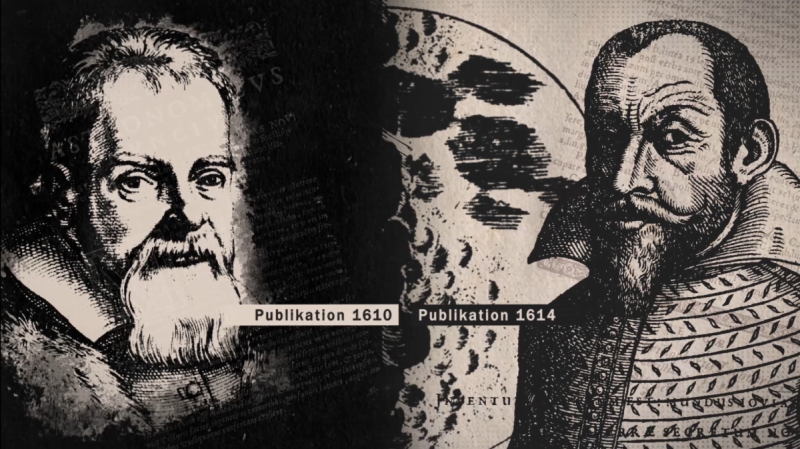 There is now a short film, which in two minutes describes the career and the most important research results of the margravial court astronomer Simon Marius. The animated film visualises his discoveries with historical images and can be viewed on the Marius-Portal. This contribution was sponsored by the Nuremberger film production company 7streich.

The completion of the English language translation of the animated clip has been taken as an opportunity to install a new menu “Video – Films and Podcasts.” As well as the animated clip, there are 20 lectures, TV and Internet reports easily accessible. The Simon Marius Society maintains the Marius-Portal, which with 34 menu languages lists all documents by or about Simon Marius and–where possible–makes digitally available.

Marius discovered the four largest moons of Jupiter, independently of Galileo Galilei, also in January 1610. They prove that not all celestial bodies orbit the Earth. Marius propagated an interesting geo-heliocentric model, a historically important steppingstone on the route from a geo- to a heliocentric model of the cosmos.